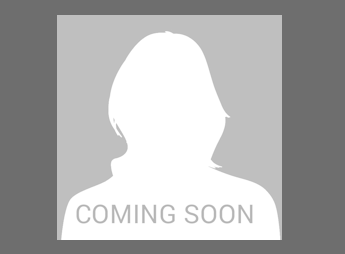 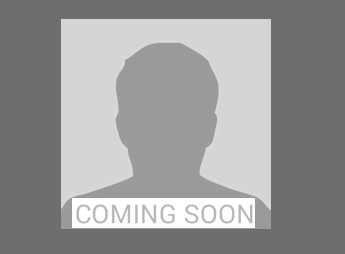 Monica Vanessa Rodriguez is the third generation of Rodriguez’s that have owned and operated a business. Her maternal grandfather was a master carpenter who taught her the importance of building and constructing things of high quality and excellent craftsmanship. Continuing with that tradition, her father not only reinforced the skills that she had learned in her youth but he gave her the insight of how to run a successful business. It is the spirit of her grandfather’s and father, the experience of two generations, that gives her the necessary skills and knowledge to allow her to run a successful company. In 2000, with her twenty years of business experience, she started her own company called Beacon Information Technology, now known as Beacon Services. The plan was to target the potential business opportunities taking place at Fort Bliss, Texas. She was approached by the Fort Bliss Contracting Office with less than six months in her company’s existence to provide temporary employees Fort Bliss to transition government employees to a privatized contractor. In April 2005, Fort Bliss Contracting again approached Monica about the possibility of Beacon taking over the bus transportation system at Fort Bliss. The first contract was released to Beacon one month later with a commitment to provide the installation with twenty drivers. Good service and a can do attitude, has seen this contract grow from twenty full drivers to eighty full time and twenty-five part time drivers with five supervisors. The success of this contract has seen Beacon’s gross sales go from $189,000.00 in 2000 to $5.1 million in 2006 with indications that this number will be higher in 2007. This strong growth gave Monica the confidence to establish a construction division in the company and return to her family roots. She started out by purchasing thirteen homes in the El Paso area, remodeling them and selling them. Once she had built that confidence level she began bidding on competitive contract. In just over seven months, the newly formed construction division has completed over $1.5 million in contracts. By years end, it is possible for the division to double its gross sales. Her awards include the Military Order of Saint Barbara and 2008 Small Business Administration Small Business Person of the Year.

Gus Rodriguez Jr., is the Director of Operations for Beacon Services and in that capacity has responsibility for the day-to-day program management activities for Beacon. He is the current Chapter President of the General of the Army Omar Bradley Chapter of the Association of the United States Army. Prior to serving as President, he served as Secretary-Treasurer for four years. As Fort Bliss prepares to become the home of the 1sr Armored Division, part of his responsibility as President will be to take the Bradley Chapter from a medium sized Chapter to a large Chapter that will be ready to serve the needs of a division sized unit. He is a member of the Board of Directors of the Greater El Paso Chamber of Commerce and Past Chairperson of the Chamber’s Business Development Division and Armed Forces Division and is a member of the Chamber’s BRAC team efforts. As Chair of the Business Development Division, he has worked with the current leadership to develop a series of outreach and training sessions to help El Paso businesses prepare the upcoming growth of Fort Bliss. Through these outreaches, over 785 El Paso business persons have been prepared and informed of the potential for their participation in over six billion dollars in contracting opportunities. He is now working with the division leadership to put forth a new effort on developing opportunities with defense industry in the region. In his capacity as Armed Forces Chair, he coordinated the efforts behind establishing the United States Sergeant’s Major Academy Accompanying Spouses link to the Greater Chamber’s website. This effort attempts to find employment for soldier’s bringing their spouses to the nine month Sergeant Major’s course. Recently, he was invited to speak with all the post command sergeant major’s to discuss quality of life issues for soldier’s living off Fort Bliss in the El Paso economy. As a founding member of the Alliance for Regional Military Support (ARMS) and current chair, he worked with community leaders to develop a regional approach to support the missions of Fort Bliss, TX, WSMR, NM and Holloman AFB, NM. Through the committee’s efforts they developed a marketing plan to promote this region as a prime location for future military missions and help grow the regional military complex and identified efforts that will support the quality of life of military service men and women and their families. His Awards include: 2004 Fort Bliss Citizen of the Year, 2004 Outstanding Volunteer for the Greater El Paso Chamber of Commerce, Small Business Advocate of the 2005, Small Business Administration Minority Enterprise Development – Minority Business Advocate of the Year for 1998, El Paso Hispanic Chamber Business Circle Award for Excellence, the Fort Bliss, Texas Christiaan Petrus Fox Award, 1st Cavalry Division Order of the Spurs, the United States Army Field Artillery Order of Saint Barbara and the United States Army Air Defense Artillery Ancient Order of Saint Barbara.

Currently, at Beacon Services, Mr. Vandivort is the Director of Business Development and specializes in proposal writing and project management. In addition, Mr. Vandivort works with multiple units at Fort Bliss addressing their technology and service needs. Mr. Vandivort is active in the local Greater Chamber of Commerce and maintains strong ties to the entrepreneurial sector of the El Paso community. Prior to Beacon Services, Mr. Vandivort was the director of both the UTEP CONNECT and E-CORP programs housed within the Institute for Policy and Economic Development (IPED) at the University of Texas at El Paso (UTEP) for three years. Both CONNECT and E-Corps are focused on entrepreneurial development and fast-growth start-ups that can add a lift to the local economic development efforts of the El Paso community. During the three years as director, Mr. Vandivort and those under his supervision assisted over 100 local companies in varying capacities and helped two local start-ups raise over one million dollars in capital. In addition, Mr. Vandivort has worked on several studies involving the El Paso area including the 2005 Upper Rio Grande Workforce Development Board Industry Cluster Analysis, where he served as a coordinator for industry outreach panels and a technology commercialization study for a major defense contractor in 2006, where he was a lead researcher and analyst.